Under IGRA, gaming could include traditional Indian gambling games, bingo and pull tabs, black jack, and other games. At first, many casinos focused on bingo, but, after IGRA, tribes expanded their casinos to offer table games such as black jack or poker and slot machines. The casinos advertised in nearby non-reservation towns to encourage non-Indian visitors. North Dakota’s five tribal casinos host national entertainment acts and offer good restaurants and hotel rooms. The State of Colorado has entered into compacts with two Indian tribes in southwest Colorado to conduct casino-style gaming on their reservation land. The two tribes, the Ute Mountain Ute Tribe and the Southern Ute Indian Tribe, are not subject to taxation and are not required to report their revenues to the State. The tribes have agreed to conduct limited gaming with the same $100 bet limits that other casinos in Colorado adhere to, but a provision in the compacts allows the tribes to litigate possible higher stakes and increased scope of games.

All other forms of tribal gaming are subject to regulation as determined and defined by State-Tribal gaming compacts. Indian gaming also directly concerns both the legal and actual power of the federal and states governments to regulate economic and social activities. States may be powerless to prevent gambling activities on reservations that the citizens and legislature of the state have decided to ban or to regulate, and the federal government may be unwilling or unable to assist this effort. Some states have been accused of using this proviso to prevent the opening of all or some specific type of gaming facilities, both on and off reservations, either by refusing to negotiate with the tribes, or by allegedly presenting unreasonable conditions. For their part, some tribes do not want their gambling activities to be restricted at all by any state, however accommodating it may in fact be. This proposed measure has drawn strong protests from several states and raises important issues concerning state and federal constitutional law. A portion of the gaming revenue gets shared with individuals in tribes where the casinos are located.

The AGA puts the number at more than 600,000, while the Bureau of Labor Statistics puts it at closer to 100,000. Another area of contention concerns the business savvy of Indians. Such paternalistic arguments are sometimes augmented by invoking historical data that show casinos, restaurants, and other cash-based businesses to be particularly susceptible to embezzlement or to being co-opted by organized crime. Most important in the context of gaming, the U.S. government, while holding ultimate control over tribal matters, delegated to state governments the ability to negotiate compacts with tribes seeking to establish casinos. These compacts allow states to take a percentage of casino revenues, which may be between 10 and 25 percent of total profits. Not surprisingly, the politics surrounding the negotiation of many of these compacts has been intense, with tribes arguing against states treating their casino ventures as a source of “free” revenue with which to offset state budgetary deficits.

Indian gaming, in the United States, gambling enterprises that are owned by federally recognized Native American tribal governments and that operate on reservation or other tribal lands. Indian gaming includes a range of business operations, from full casino facilities with slot machines and Las Vegas-style high-stakes gambling to smaller facilities offering games such as bingo, lotteries, and video poker. Because U.S. laws recognize certain forms of tribal sovereignty and self-government, native-owned casinos enjoy some immunity from direct regulation by individual states.

The revenues are exempt from federal, state, and local taxes, however there are exceptions. In the cases where the revenues are divided evenly and then distributed directly to tribal members, the federal government gets a nice cut. State taxes are often part of the agreements for large scale casinos. They use their gaming profits to improve life for their members and reservations, while the surrounding communities benefit through significant employment, tourism, and tax revenues. Without question, Native American reservations have some of the highest rates of poverty, unemployment, welfare dependency, school dropout, alcoholism, and other indicators of poverty and social distress of any communities in the U.S. Many are located in remote areas with little indigenous economic activity.

Although the program is seeing mixed returns, as teenagers refuse to take it seriously at first, engaging them as stakeholders is critical for helping them navigate responsible and sustainable financial management. By universalizing policies such as these, it can be possible for tribal citizens, tribal leaders, specialized professionals, and even state governments to come to mutually beneficial terms to spark infrastructure growth. The key is simply making sure that every stakeholder understands their responsibility in the process, so that the proceeds from casinos can benefit the community as a whole. Even in cases of highly successful tribe-state negotiations, however, many casinos in Indigenous communities fail due to market conditions, lack of local demand, or poor management, which wastes the valuable money that the tribe invested. In particular, poor management of casinos often leads to disastrous consequences for tribal finances.

These include all the Las Vegas-style casino games like roulette, craps, blackjack, video poker, and slots. Class III slot machines employ a random number generator and are programmed to pay back a certain percentage of the amount spent. The size of tribal casinos and resorts is not typically restricted in the same way limits are placed on the size of commercial casinos. In the case of tribal casinos with Class III gaming, the tribal-state compacts generally include such parameters. For example, such compacts often designate a maximum number of slot machines a tribe can include within a single property. There are not many differences between US and Canadian tribal casinos regarding what they offer and the experience they provide.

How much do tribe members get from casinos?

The National Indian Gaming Commission reports only 245 tribes in 29 states operate casinos (as of 2019). Of these, about one-third earn less than $3 million in revenue, and a third have $10-25 million in revenue (enough to give per capita payouts, depending on the needs of each tribe and federal approval).

California is the state that accommodates the most tribal-operated casinos. It is interesting to mention that there are 72 gaming facilities owned by 63 of the 109 federally recognized tribes in the state. Figures show that California contributes to the lion’s share of the overall tribal gaming revenue with 25%. It is important to explain that the Indian casinos are regulated by the tribal governments of the land where the casino is built, federal statutes, the Interior Department, the National Indian Gaming Commission, and the tribal-state gaming compacts. 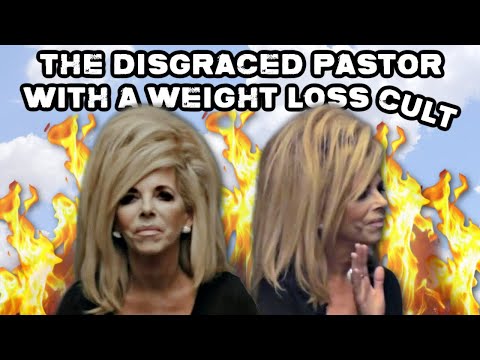 The Mohegan Sun Resort & Casino is also located in Connecticut, and is owned and operated by the Mohegan Tribe. The Mohegan Tribe approached the Mashantucket Pequots in the early 1990s for permission to pursue gaming. Although doing so would relinquish their gaming monopoly in Connecticut, the Mashantuckets granted the Mohegans their request, who then opened Mohegan Sun in 1996. This enterprise is 580,000 square feet and consists of 6,500 slot machines and 180 table games. It is the second largest casino in the United States, located 7 miles away from Foxwoods in Uncasville, Connecticut. Since opening in 1996, the state of Connecticut has received more than $3 billion in slot revenue from Mohegan Sun alone. The NIGC withholds certain powers over Class II and Class III gaming.